Save time when you arrive at auditions! Print and complete our AUDITION FORM in advance. If possible, print your completed form on colored paper – pink for females and blue for males. 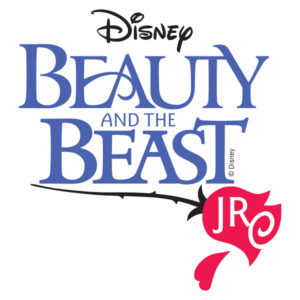 Once upon a time a selfish young prince refused to give shelter to an ugly old woman and was changed into a hideous beast. In order to break the spell, he must learn to love another and earn her love in return. But who would ever love a beast? Step into the enchanted world of Belle, Beast, Mrs. Potts, Lumiere, Cogsworth and all of the beloved characters in this classic “tale as old as time.”

TO SCHEDULE AN APPOINTMENT CALL THE THEATRE AT THE MOUNT BOX OFFICE AT 978 630-9388, MONDAY THROUGH FRIDAY, 9AM to 1PM, OR E-MAIL YOUR APPOINTMENT REQUEST TO box-office@mwcc.mass.edu

AUDITIONERS WILL BE ASKED TO SING A SHORT VOCAL SELECTION THAT WILL BE TAUGHT AT THE AUDITION; AND THERE WILL BE A DANCE AUDITION, (combination also taught at the audition) FOR ALL ROLES AND CHORUS (wear appropriate clothing and footwear). Some performers will also be asked to do cold-readings from the script.

Performances are held during school hours, so all cast members must be willing and able to take 4 days off from school/work.

Belle – a smart, confident young woman from a small village. A strong singer and actress who is able to stand up to Gaston while showing compassion for Maurice, the Servants and eventually the Beast.

Maurice – an aging and eccentric inventor, but more importantly, the adoring and protective father of Belle. Non-singing role.

Beast – a young prince who was hideously transformed by the Enchantress’ spell. This is a complex character: a dictator, a hurt child, a hero, a defender and a smitten prince.

Gaston – is pompous and dim-witted and will do whatever it takes to win Belle. He has all the confidence in the world but lacks the humility to balance it. Physical size and stature plus bravura are needed.

Lefou – is Gaston’s equally dim-witted lackey. He is Gaston’s foil and doubles the laughs for both of them. Gymnastics ability desirable but not required.

Silly Girls – are in love with Gaston and will do almost anything just to be near him.

Lumiere – a confident, charming French maître de who is under the Enchantress’ spell and is becoming a candelabra. Song and dance man.

Cogsworth – the British major-domo of the castle who is becoming a clock. Cogsworth like to be in charge. Should have great chemistry with Lumiere.

Mrs. Potts – is the castle’s endearing cook who is becoming a teapot. A loving mother figure with a strong, sweet voice.

Babette – the maid of the castle who is turning into a feather duster. She misses the finer things in life but is happy to be at Belle’s service.

Madame De La Grande Bouche – an opera singer who is becoming a wardrobe. She is larger than life in everything she does, including her singing and dancing.

Chip – is Mrs. Pott’s son who is becoming a teapot. He has a wonderful naiveté and can portray the honesty and spirit of a child.

Old Beggar Woman/Enchantress – This non-speaking character must be able to entice the audience into the story.

Monsieur D’Arque – the proprietor of the lunatic asylum. Sinister and menacing. Non-singing role.

For more information contact Professor Gail Steele at 978 630 – 9162 or at g_steele@mwcc.mass.edu 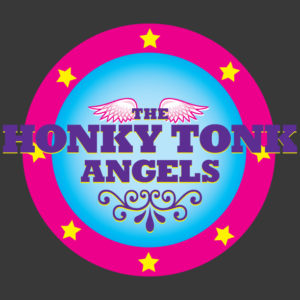 The creator of “Always…Patsy Cline” combines over 30 classic country tunes with a hilarious story about three gutsy gals who are determined to better their lives and follow their dreams to Nashville. The all-hit song list includes I’ll Fly Away, Stand by Your Man, 9 to 5, Coal Miner’s Daughter, Ode to Billy Jo, These Boots Are Made for Walking, Rocky Top, and I Will Always Love You. This charming, foot-stompin’ musical has played to sold-out audiences across the country.

For the auditions all should:

Tentative Rehearsal Schedule: Primary days Sundays 6-9pm; Tuesdays and Wednesdays 7-10pm. There will be double rehearsals on some Sundays as we get closer to performances. A calendar will be available at the auditions to review and compare with your personal calendar to define possible conflicts.

Angela: A Texas housewife in her 30s-40s. She has a great sense of humor and a fiercely independent streak. She is brash, fun and outspoken. She loves to tell stories and identifies with “Roseanne” the comedienne. Wife to Bubba with 6 kids, proud queen of a double wide trailer! Strong mover. Sings lead in: Stand by your Man, Don’t come home A Drinkin, The Pill, Harper Valley PTA, Barroom Habits and Almost Persuaded

Sue Ellen: A Los Angeles career woman in mid to late 30s. She is a “citified” country girl. Smart, very attractive, sexy, twice divorcee. She possibly roller skates, clogs and twirls a baton. Strong mover. Sings lead in: 9 to 5, These Boots are made for Walking, Cleopatra Queen of Denial, Rocky Top, and Cornell Crawford.

Darlene: A young woman from the Deep South in her 20s-30s. She is pretty, sweet and simple. Grew up in a coal mining town in West Virginia and the Mississippi Delta. She plays simple guitar. She is a strong mover and can possibly clog. Sings lead in: Coal Miners Daughter, Ode to Billy Joe, Fancy, Rocky Top and Angels Among Us.

For more information contact Professor Gail Steele at 978 630-9162 or at g_steele@mwcc.mass.edu

(dates and times may be subject to change)

Theatre at the Mount Related Links

Window Hours
M–F: 9AM–1PM & one hour before each performance.